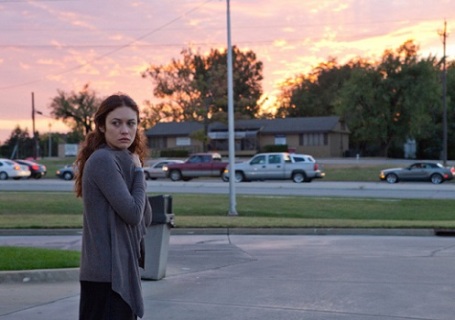 Olga Kurylenko has a breakout role in Terrence Malick’s ‘To the Wonder’.

Olga Kurylenko is an actress who has been largely off my radar until now. Perhaps it’s because she was in the dismal James Bond effort Quantum of Solace, or maybe it’s because she was drowned out by a sea of charismatic performances in Seven Psychopaths. No matter. She has arrived in Terrence Malick’s new film To the Wonder. She plays Marina, a Parisian woman who meets Neil (Ben Affleck) and moves to his native Oklahoma with her daughter Tatiana (Tatiana Chiline).

The two lovers have several problems in their relationship, none of which are explicitly discussed but rather felt by Tatiana and the audience. This is where Malick’s form of storytelling really comes in handy. His near-wordless montages that evoke feelings rather than force them down your throat are cinematic gold when used correctly, and Wonder consistently pulls them off. When Javier Bardem arrives as a priest going through his own crisis of faith, the story picks him out of obscurity to land right in Marina and Neil’s laps. Both characters seek him out for guidance, and it is suggested that their struggles with marriage and faithfulness help him dig deeper into his own spirituality. Bardem’s segments are put together with equal candor and grace, and they help to flesh out a spiritual metaphor that might have been left hanging had the film just concentrated on Kurylenko and Affleck.

All in all, this is a wonderful film (no pun intended) that showcases Malick’s inherent talent with actors (Rachel McAdams has a small but important role), with the camera (Emmanuel Lubezki – I cannot say enough good things about his cinematography), and with storytelling. It may not beat the recent Tree of Life, which is unquestionably his best film yet, but in my eyes, To the Wonder is another masterpiece from a cinematic master.

P.S. WOW what a gorgeous original score from Hanan Townshend!