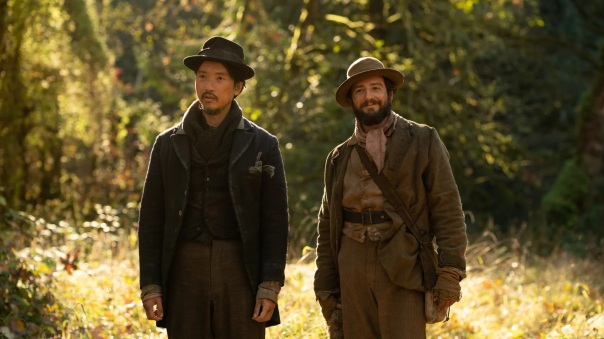 Kelly Reichardt is the most gifted American filmmaker working today. Her films explore the human condition in gentle, compassionate, and ultimately surprising ways. But that’s why her films are also an acquired taste. If you’re not a fan of films that move slowly, then hers just aren’t for you. But if you’re a more patient filmgoer, the rewards of her work stretch far beyond the screen. Reichardt’s films always give me so much to chew on, and how appropriate for her latest, First Cow, to be so focused on food and how it impacts history and daily life.

Traveling with a band of fur trappers in the pioneer days of Oregon, Cookie Figowitz (John Magaro) is a skilled cook in a place and time where those are scarce. While searching for wild game and mushrooms, Cookie happens upon King Lu (Orion Lee), a Chinese immigrant who needs his help getting out of a scrape. Later, after that deed is done and Cookie’s group is disbanded, the two find each other again at a pub. King Lu offers the shy and wandering Cookie shelter in his home, a cozy little shack on the outskirts of a larger settlement. For context, nearly every building in this film is ramshackle and held together with a bit of elbow grease, given the setting and time period.

With King Lu’s modest savings and Cookie’s culinary skills and pay from the expedition, the two friends pool their resources to sell baked goods at market. But there’s just one more ingredient they need: milk! That’s where the cow of the title comes in. 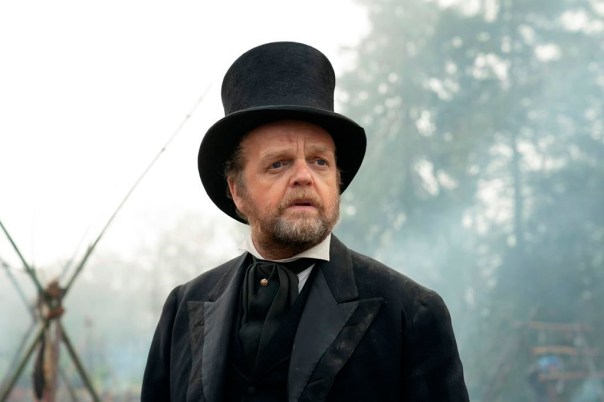 She’s owned by Chief Factor (Toby Jones), a wealthy Londoner with a near-monopoly on the little village. Cookie and King Lu milk the cow in the dead of night and then sell the ‘oily-cakes’ (basically little doughnut holes with honey and cinnamon) the next morning. It’s a charming scheme they have going, and while the quiet, patient Cookie makes the pastries, King Lu, the better salesman, is the face of the operation. In the evenings, he validates Cookie’s dreams of starting a hotel in already-developed San Francisco. Although the film doesn’t illustrate it through conventionally dramatic means, you understand just how unique their friendship is in this unforgiving landscape and society.

As their business grows and more and more people taste Cookie’s creations, the film becomes absolutely ebullient. I have never felt so much emotion watching people eat on screen in my entire life. What’s immediately impressive about that is that this ebullience is so much a part of Reichardt’s filmmaking DNA that even if you’re familiar with her work, it sneaks up on you. I think back to the horseback ride in Certain Women. Whereas that film used the language of budding romance, this film uses the language of budding friendship and community. 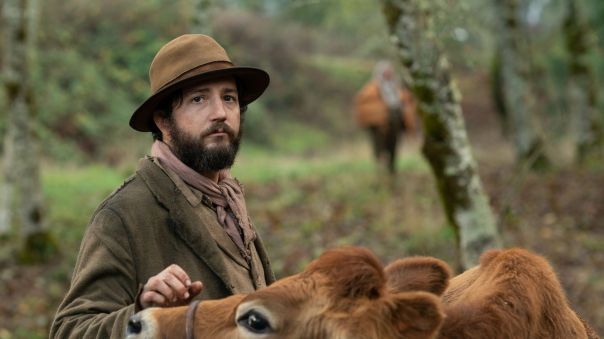 It also shows what a softening of heart food can provide. In our modern world of convenience, we almost always take for granted the love and care that can be put into food or any other essential craft. Good food speaks to us on a human frequency, blocking out all the noise and taking us to the most pure place possible: joy.

Of course First Cow is about more than doughnut holes. It’s a historical film which even in its softness reflects the hardships of the time. It’s a film about the legacy of Native Americans and other people of color in the pioneer days. Again and finally, it’s a film about friendship. There is no more noble human interaction than to make a true friend. First Cow shows us why.

‘First Cow’ is now playing in limited release in the US