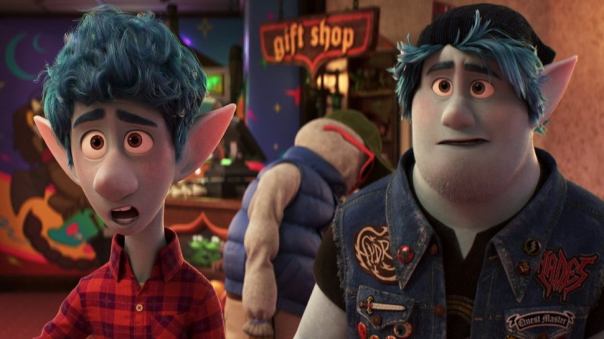 I am halfway through the audiobook version of Jia Tolentino’s excellent Trick Mirror: Reflections on Self-delusion. It’s a book which chronicles and critiques the rise of social media and its subsequent neural pathways. Tolentino posits that we live in world where not only is our personal information being sold to the highest bidder, but where we’ve also been conditioned to love the functionality and efficiency of that system and believe that it truly helps us define and create our best selves.

Deep down, most of us know we don’t love that system. Social media and its new form of faux-democratic delusion ultimately sucks a lot of genuine feeling out of life, sometimes in ways we don’t even consciously process. There is something to be said for lying in a hammock on a summer day or playing with the dog without the constant dull roar of likes, mentions and follows in the background.

Those genuine, unfettered moments are truly magical. They make you sit up and take notice of what wonders life is capable of showing you. Enter Pixar’s Onward, a film whose central culture clash gets at the heart of what makes those magical moments so… well, magical.

Writer-director Dan Scanlon (Monsters University) creates a new fantastical world here, one where magic and mythos used to exist, but currently seems antiquated. Sure, this world is populated by elves, trolls, and centaurs, but modern convenience has stripped away 99% of its wonder. Save for toadstool houses and castle turrets on skyscrapers, this environment looks very much like our own.

For true believers like elf Barley (voice of Chris Pratt), this world can seem very oppressive. He’d be an outsider in any world, but his love of magic, wizards, and quests is comparable to folks in our world who prefer books to TV (not that there’s anything at all wrong with that). He’s a rebel of a bygone era, whereas his little brother Ian (voice of Tom Holland) is just trying to fit in in high school. When they find a magical gift from their deceased father whom Ian never met, they discover they have the power to summon him back for a day — well, at least his bottom half, anyway. To finish what they started, they go on a road trip which turns into one of the coolest adventure stories I’ve ever seen Pixar pull off.

The reason I mention Tolentino’s book here (please read or listen to it if it sounds at all interesting to you) is because it’s commenting on a similar sort of culture clash in the real world that we don’t fully acknowledge anymore because we’re so used to it. Online engagement and self-preservation is almost the new way of being a human being. In Onward, living without magic or adventure is the new way of being a mythical creature. The relative stillness and ease of the toadstool suburbs is reward enough. The quests are over, there are no more new frontiers. 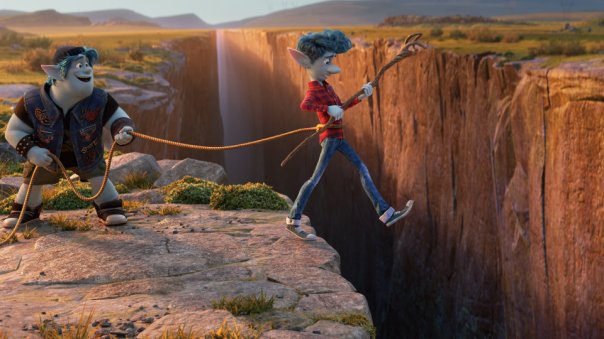 But Barley is a genuine explorer, and he brings Ian around to a sense of personhood and courage that can’t come from technology. Admittedly, the film starts slow, but it builds to a thematic crescendo that genuinely warmed my heart. The promise of meeting his father for the first time compels Ian to step out of his comfort zone to make sacrifices for his brother, and vice-versa, although Barley is sacrificing in order to give Ian that catharsis. The two brothers aren’t fighting like we typically see in films made for families and children, but their world-views do clash rather consistently. What I very much appreciated was that the film had the courage of its convictions; it doesn’t conclude in some wishy-washy ‘both sides are right’ way — Barley’s world is one where righteous bravery and valor win the day. The ultimate takeaway is, do the right thing for the people you love and don’t let them settle for complacency. Be encouraging, be positive, be a friend.

I adore Onward because it feels like a call to love in a time where ‘Love’ is a Facebook button.