How did Harvey Weinstein get away with his truly evil behavior for so many years? Watching The Assistant may give us some insight.

Directed by the great Kitty Green (Casting JonBenet), The Assistant takes an unflinching and tense look at the human stories behind the MeToo headlines. Julia Garner is quietly fierce as Jane, a young assistant to a faceless Hollywood mogul. To say she finds herself between a rock and a hard place in her first real job in the film industry would be putting it mildly.

There are several conversations and events she tracks to put together a narrative involving her boss’s serial infidelity and grooming of women. But the more she tries to bring attention to it, the more she’s silenced. When she takes her concerns to human resources, her HR manager (Matthew Macfadyen) uses her ambitions to be a producer against her. The same goes for her boss. The power dynamics are often spelled out instantly with just one line or image.

It’s not a flashy film by any means, but that’s the point. The reason people like Weinstein get away with this crap is because they are able to marginalize less powerful people and keep them quiet in low-lit, uninspiring office spaces. This is a film where you can tell everyone has some sort of agenda, but there are no typical film tricks necessary to convey that fact. A snowball of a day for Jane is just another Monday for everyone else, especially if they want to retain their position. 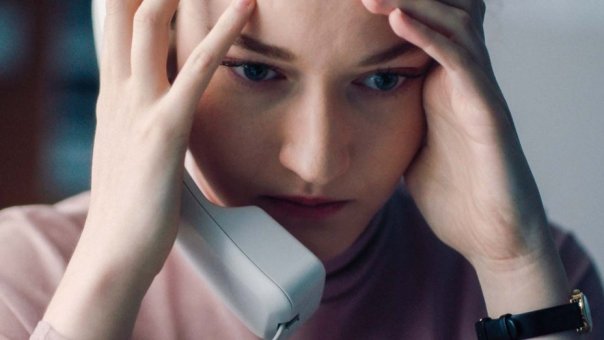 Even being the main character, Garner doesn’t have a whole lot of dialogue. It’s all about what’s left unsaid in order to keep this sick ecosystem afloat. There are numerous points at which people higher on the totem pole could speak up for Jane and others, but for reasons already stated, they keep quiet. However, they do let things slip occasionally to let you know they at least understand what’s going on and how they’re complicit in it. In the pivotal HR scene, for instance, the HR manager tells Jane not to worry for herself because she’s not her boss’s type – just as she’s walking out the door, after he’s successfully dissuaded her from filing a complaint.

It’s in these margins, juxtaposed against the humdrum number-crunching of the office, that The Assistant really tells its story. Because of this fact, it may appear to move too slowly for some, but thanks in large part to Garner’s internally fiery performance and Kitty Green’s perceptive storytelling, I found it to be an astonishing piece of cinema. I would say it’s the best and most important film about the film industry since Kirby Dick’s 2006 MPAA documentary This Film is Not Yet Rated.

‘The Assistant’ is now playing in limited release nationwide