This awards season might be the best ever. Just when I think there can’t possibly be more masterpieces from all sorts of voices young and old, the great Sam Mendes and legendary cinematographer Roger Deakins unleash the final product of what appears to have been a behemoth undertaking. 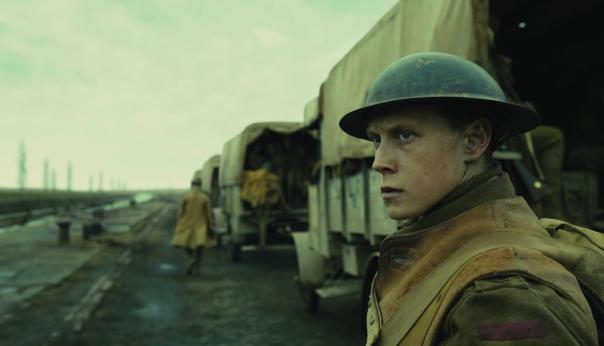 1917 is a towering achievement and marks a step forward in the art of filmmaking. Even though it isn’t actually done in one take (just like even the best in the category were not, such as Birdman and Victoria), the length of the actual individual shots and the subtle ways in which they are stitched together support the man-on-a-mission thesis of the film. We are following two WWI British soldiers as they attempt to deliver an important message to another British front, crossing enemy line after enemy line after enemy line. It’s easy to forget how difficult life-saving communication in war was before the necessary technology was widely available.

George MacKay is Oscar-worthy and then some as Corporal William Schofield, who is pressed into this tall order by his friend Corporal Blake (Dean-Charles Chapman), who has a brother in the battalion they’re heading to. His life could be implicated, as well as the lives of approximately 1,600 soldiers.

Because the film never cuts away from the immediate tasks of the mission, the intensity sneaks up on you and then overtakes you. There were several moments when I gasped and/or leapt in my seat — I don’t do that often, not even in the most shocking of horror films. A particularly gripping sequence for me was in an abandoned mine shaft set up as a trap with tripwires galore.

One criticism one could level is that the film doesn’t show the true cost of war. Fully acknowledging that I have never been in a war zone, I respectfully disagree. There may not be many moments dedicated to the individual deaths of soldiers, but the mental, physical, and emotional stamina required of William shows the toll it takes. Additionally, one of the film’s most haunting images is of William climbing over dead bodies to cross a river, because there is no other way to do so. 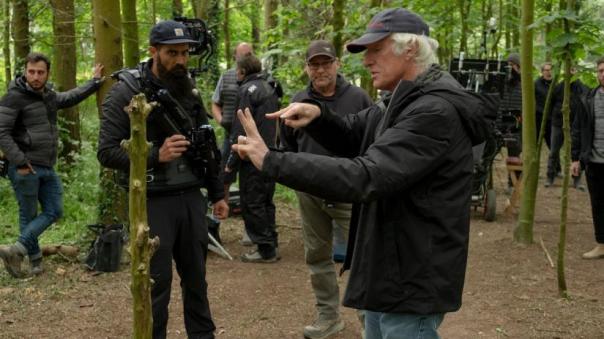 On the technical side, the star of the show is clearly director of photography Roger Deakins, whose brilliance cannot be overstated. At 70 years of age and after an already stellar career, Deakins has added on several masterclasses in the art of visual storytelling in this past decade: True Grit, Skyfall, Prisoners, Unbroken, Sicario, Hail, Caesar!, and Blade Runner 2049 — the last for which he finally won his first Academy Award. A second seems in order. 1917 is a work of genius every step of the way. We are as close as we can possibly get to the story and intensity of this film, and that is sustained throughout two hours, which probably breaks down into just ten or eleven shots. (very uneducated guess)

Mendes, Deakins, and MacKay have made a true masterpiece; something which will live on in the minds of cinephiles forever. I’m not IMAX-obsessed, but I’m going to see this in IMAX as soon as possible. You should, too. 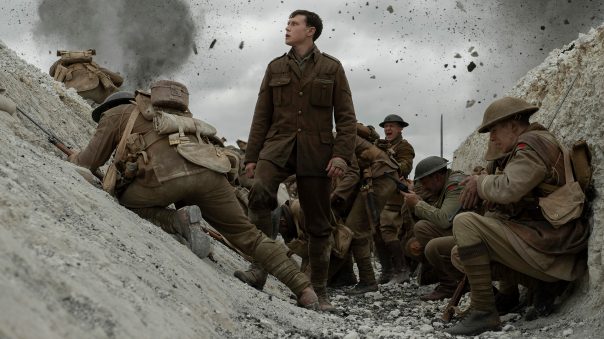 1 hr59min; Rated R for violence, some disturbing images, and language