When ‘Waves’ opens on a teenager riding a bike, we never imagine that two hours later, that could be an act of redemption. But that’s exactly what it is. More than catharsis, ‘Waves’ offers as close to a spiritual experience as cinema can provide. There is no other way to put it – ‘Waves’ will rock your soul.

31-year-old writer/director Trey Edward Shults has been mining family drama for different kinds of catharsis for a few years now. ‘Krisha’, his debut feature, follows an autobiographical relative struggling to fit in at a Thanksgiving gathering. When I say ‘struggling’, I really mean it. ‘Krisha’ is like an hour-and-a-half version of the first half of ‘Waves’. It’s tense to the point of maddening dizziness.

‘Waves’ tells the story of the Williamses, a middle-class African-American family in South Florida. If you’ve seen ‘Krisha’, it’s hard not to have flashbacks when you realize the Williams’ house at least looks eerily similar to the one used in the earlier film. I’m 99% sure it was the same house, but I’ve never heard it confirmed.

Regardless, we first learn about Tyler (Kelvin Harrison Jr.), the high-school senior and wrestler. In his tumultuous relationship with his girlfriend Alexis (Alexa Demie), he slowly descends from being a partier to something much, much more tragic.

In the second half, we follow Emily (Taylor Russell) as she deals with the aftermath of her older brother’s decisions and finds romance with Luke (Lucas Hedges), one of Tyler’s former teammates.

Throughout both halves, father Ronald (Sterling K. Brown) and stepmother Catharine (Renée Elise Goldsberry) struggle to see themselves and their children clearly again.

What’s so resonant and impressive about ‘Waves’ is that it never once points a finger at anyone. When certain characters point the finger at themselves, it may be hard to disagree with their assessment. But by being able to so closely capture the psyche of both teens, Shults systematically shows how tragedy can befall even the best and most well-intentioned of parents. We are snowballing downward with Tyler, watching a train wreck we have no chance of stopping. We are looking toward the heavens with Emily; seeing the grandeur of life and love almost as if for the first time.

Of course, the bravura performances aid in all of Shults’ efforts. Sterling K. Brown, Kelvin Harrison Jr., and Taylor Russell all give Oscar-worthy performances here. It’s such an ensemble piece that I worry about its awards chances in that regard, but no acting I’ve seen this year tops the moment late in the film where Emily and her father reconnect on a park bench. Bring. The. Tissues.

Shults’ intimacy of image sings through the piece like a hymn sung with power and conviction. He and director of photography Drew Daniels use subtle distinctions in color, aspect ratio, and camera placement to communicate extremely complicated emotional dynamics — and they make it all look seamless. This is someone who, at 31 years of age, is in full command of cinematic language and form. ‘Waves’ is a perfectly paced layer cake of a film. It has the flavor and presentation of a master chef. I look forward to whatever Mr. Shults will serve us in the future. 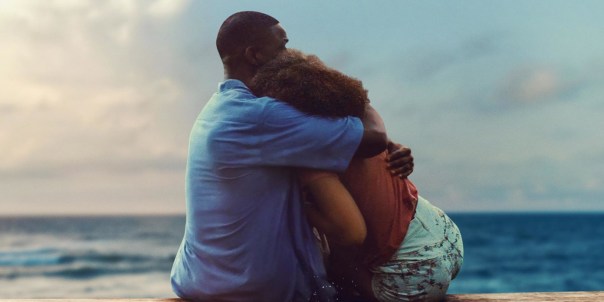 ‘Waves’ opens everywhere in the US on November 15th

2 hr 15 min; Rated R for language throughout, drug and alcohol use, some sexual content and brief violence – all involving teens