Gemini Man is very poorly written. Here’s why it matters.

Spoilers for Gemini Man ahead 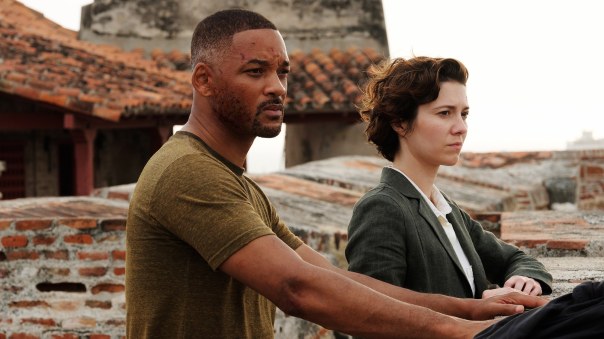 I went to see director Ang Lee’s Gemini Man with the highest hopes one could possibly have for a film with a Rotten Tomatoes score in the 20s. What I’d heard and read was that the technological feats of the movie were truly groundbreaking and that the script was truly awful. Both the former and latter are true.

The fault here is not Ang Lee’s. In the past, Ang Lee has made other visually stunning movies such as Life of Pi and Crouching Tiger, Hidden Dragon. He’s also made sensitive, enduring works like Brokeback Mountain and Lust, Caution.

Gemini Man is a visual marvel – Lee’s longstanding experimentation with high frame rates (HFR) has finally paid off. This is the best I’ve ever seen HFR look in a feature film. It’s also some of the best doubling, although the effect of two Will Smiths – one ‘Fresh Prince’ and one Suicide Squad – is not due to a de-aging effect a la Samuel L. Jackson in Captain Marvel. The acting from the young Will Smith clone in Gemini Man is almost entirely a computer-generated effect, with stand-ins providing the requisite physicality.

But for all the attention the film’s leading man is garnering for taking such a risk, its leading woman is in need of some as well. Not because there’s some high-tech effect focused on her, but rather because of the low-IQ writing Mary Elizabeth Winstead has to contend with.

Mary Elizabeth Winstead is a phenomenal screen presence and has been cast as the literal personification of a ‘manic pixie dream girl’ before – Ramona Flowers in 2010’s Scott Pilgrim vs. the World. But where David Benioff, Billy Ray, and Darren Lemke, the writers of Gemini Man thought they were writing a strong female character for her to play, they really wrote a different iteration of the manic pixie dream girl, just maybe less manic.

She enters the film through what feels like sheer coincidence, although there is lip service paid to her being an undercover agent tracking elite assassin Henry Brogan (Smith). But as she evolves into more than just a minor player in his story, it’s hard not to miss the fact that she is never shown communicating with whoever it is she’s working for. This faceless agency is probably just as ludicrous an excuse for action plotting and set-pieces as is the company that cloned Brogan in order to kill him.

Danny (Winstead) is suspected by Henry immediately. Smith fumbles through some painful, painful dialogue in which he’s supposed to seem more like a bad pickup artist than an outlaw. She agrees to get dinner with him just so he can apologize. But what’s even worse than all this awkward stuff we’re forced to sit through is the fact that the film forces the two characters into a semi-romance that the writers 1) never commit to, and 2) never acknowledge the absurd age difference of. Yes, age is just a number, but in a film which itself is all about a lead character at two different ages, it’s hard not to wonder how this never got fixed in rewrites.

Danny is then whisked away to Cartagena, agreeing to flee with Henry because … ? Seriously, if someone can explain this plot point to me, I will buy them dinner. I understand that the film tells us Danny is being hunted by the same organization tracking Henry, but wasn’t she just keeping tabs on him in Georgia specifically? Why is she at fault if he’s suddenly gone?

In any case, cool action stuff with motorcycles (always my favorite) happens in Cartagena, and later in Budapest (globe-hopping abilities never explained) Henry comes face to face with his younger clone.

What’s really insulting in the movie starts here. Danny is essentially used as a bargaining chip to make the first meeting between Henry and ‘Junior’ (that’s what they call the clone in the movie) as non-violent as possible, because both Henry and Danny are starting to suspect that something’s different about this guy, and it may take some diplomacy to figure out. Danny meets with Junior and is almost immediately asked to strip – “I have to check if you’re wearing a wire,” Junior explains. Cue shot of Mary Elizabeth Winstead revealing her bra, then turning around so her pants-less bottom half is censored by a fountain (they’re in a courtyard of sorts).

Then, in what can only be described as an awkward and uncomfortable silence, it’s implied visually that Junior checks beneath her underwear, as if he expected the recording device to be hiding in her private areas. This goes on for about 30 seconds, and it’s just as cringeworthy and stupid as it sounds. Danny breaks the silence with something along the lines of “you’re very… thorough.” This line only serves as an unpleasant exclamation point on an already awful scene. My guess is that all this was written to provoke some nervous laughter from the audience. In my screening, half-full on opening weekend, you could hear a pin drop.

It’s the kind of retrograde movie moment that makes you wonder how in the world it didn’t get edited out. It’s even executed in a way where it’s hard to tell what Junior is doing at first, but once you realize it, you can’t un-realize it, and the movie is that much worse.

It’s then revealed that the microphone was in a false tooth in her mouth the whole time, somewhere Junior never bothered to check. A joke is made of this by Henry, and thus a joke is made simultaneously of bad writing and writing which shamelessly objectifies women.

From then on, Danny really has very little impact on the story. In fact, she’s kind of a burden for Henry in the final action sequence. It seems that these writers’ idea of a ‘strong female character’ is one who can fight and take a bullet well. But Danny is still constantly ogled, has very little agency of her own, is literally only in the film to assist a man, and is rendered completely ineffectual by the movie’s end.

What a shame it is that in a film with such interesting ideas at its core – what it means to be human, what will humanity look like in the future, mankind’s purpose – we still find writing which confirms some of the worst aspects of our species.