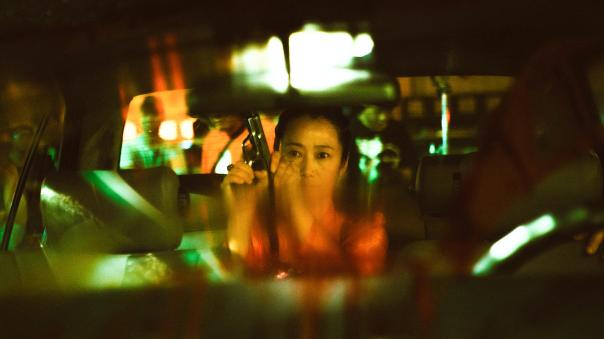 We begin in an underground club populated by gangsters and end two and a half hours later in that same club. But the two versions of this setting couldn’t be any more different, much like the vast differences between China at the turn of the millennium and modern-day China. Such is the thesis of auteur Jia Zhangke’s latest film, Ash is Purest White.

This modern masterpiece combines elements of many of the 21st century’s other greatest cinematic works, such as Wong Kar-wai’s In the Mood for Love, Paul Thomas Anderson’s There Will Be Blood, and Apichatpong Weerasethakul’s Uncle Boonmee Who Can Recall His Past Lives. Ash has the tentative romance of Mood, the broad economic analysis of Blood, and a dash of the wide-eyed wonder of Boonmee.

Tao Zhao plays Qiao, the girlfriend of gangster boss Bin, played by Fan Liao. Their romance seems to run hot and cold, based on their shifting commitments to either ramping up their illicit activities or settling down in the countryside. But before they can make a decision, they’re ambushed by some young thugs in a street fight that lands both of them in prison. From then on, the film is Qiao’s story. After serving her five-year sentence, she embarks on a long, country-crossing journey to find her elusive ex-lover. Keep in mind that we meet these characters in 2001 and end in present day. 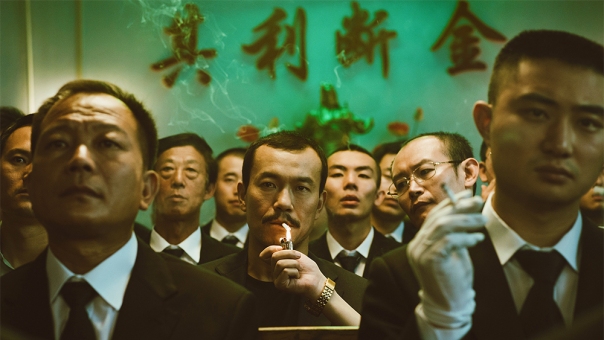 What’s so special about Ash is often in its margins. As China changes, becoming more mature in global status, its young upstarts from yesteryear seem to get thrown by the wayside. But Qiao does not go quietly into that good night. In many ways, she becomes more fierce and fearsome than anyone else she encounters in the underbelly. She’s a fish swimming upstream: her own goals, her own plans, her own ambitions, and damn everyone else. The dreams she had for herself and Bin may be a square peg in a round hole, but she tries like hell to make the pieces fit.

We never see the couple consummate their love or even kiss, and that’s significant. We’re not meant so much to root for this romance to succeed, but we’re meant to find meaning in their possible escape from the mundane. But when Qiao finally finds Bin, he seems like a slave to banality. Though polite and thoughtful, he finds every excuse not to engage with her. As an audience, we’re sheltered from her pain to an extent — Zhangke seduces us again with Qiao’s femme fatale side in the film’s flawlessly executed third act. By that time, we see a rural and industrial China in ruins. Where we were once swept away with Qiao and Bin’s Bonnie and Clyde routine, we now see what time has done to their turf — and to them. 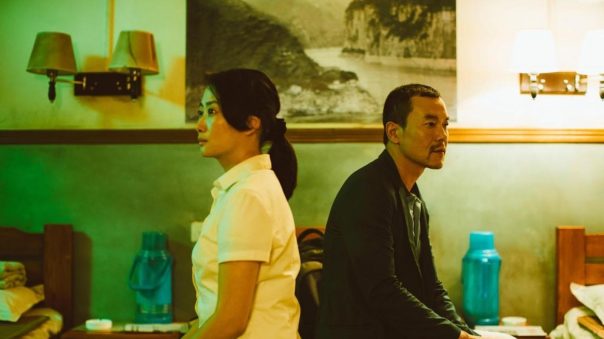 Tao Zhao’s performance is nothing short of groundbreaking. She carries the enormous weight of this film on her shoulders, cutting every possible opponent with a striking look. It sometimes feels as though the film is going to turn into an ultra-violent revenge picture. Just counting the number of times Qiao is wronged by a supposed ally, it’s hard to imagine in real life that one would be as collected as she is. But she needs to be in order for Zhangke’s metaphors to work, and Zhao is more than up to the task of making that smooth operator believable and sympathetic.

This is not like any gangster film you’ve ever seen, or any other film you’re likely to see, for that matter. Its ambition is matched by the strength of its craftsmanship. Often in the same scene, it’s a Shakespearean tragedy, an informative travelogue, and a searing modern romance. I highly doubt we will see something this finely realized for a long while.

In Chinese with English subtitles; in limited release nationwide