“What you find unsettling is fear.”

This movie manages to create a new sub-genre: Neo-Gothic Deconstructionist Horror. And perhaps Olivier Assayas is the only director who could pull it off.

Assayas is a sculptor who works in life’s platitudes and levels. In the equally excellent Clouds of Sils Maria, he shows us a dynamic between two people which slowly unravels to become an emotional mystery, one which simultaneously keeps the audience at arm’s length and pulls them in. We are constantly invited to connect dots between the ethereal and the concrete in his films.

He’s just about the closest English-language thing we have to Apichatpong Weerasethakul, whose movies similarly dissect the dichotomy between the objectively real and the spiritual, mystical forces that sometimes seem just beyond our reach. 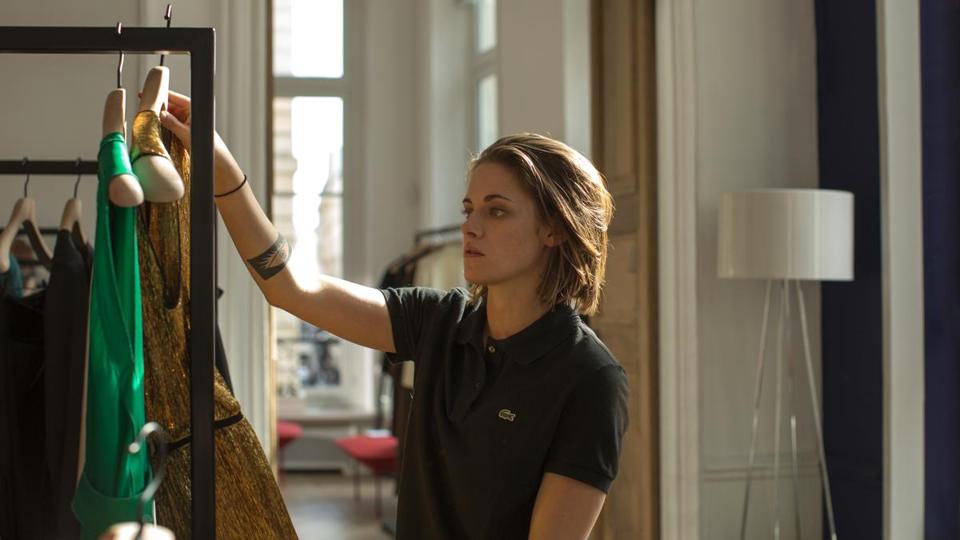 Personal Shopper is all the better for having Kristen Stewart as its lead. She excels at playing unsure, half-halting characters who for whatever reason feel trapped between two worlds. Here, she plays a personal shopper to a starlet who treats her – and most of her other lackeys – pretty poorly. In addition, Maureen (Stewart) is a psychic medium attempting to feel her deceased brother’s presence in the afterlife.

What fascinates me most about the movie, apart from the fact that it’s one of the very few successful deconstructions of horror, is that this longing for a higher plane of existence portrayed by Maureen is also borne out in the thematic material, even in the stretches when the film isn’t trying necessarily to be unsettling.

Because Assayas has set the film’s plot squarely in the world surrounding stardom and fame, that sense of half-halting, that sense of being stuck waiting for something better is omnipresent for the entire running time.

I fully understand that this movie won’t satisfy everyone. But this is one of those rare moments where I feel like a film was made specifically for me. This is the type of horror I want more of. The type that explores to a profoundly deep level our day-to-day fears without the need for a true villain.

Real life can be scary, especially when one is waiting to take a leap of faith.

‘Personal Shopper’ is rated R for some language, sexuality, nudity and a bloody violent image.