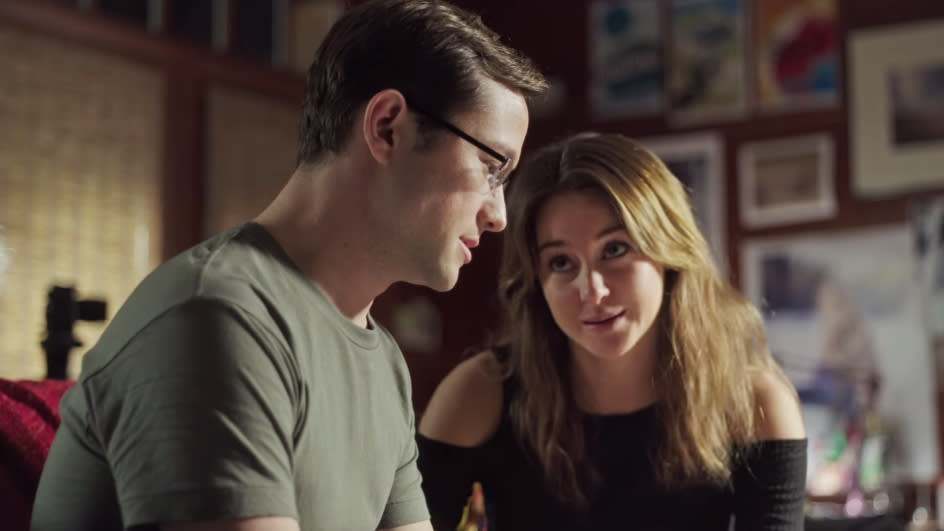 This week, I had the great pleasure of seeing Fathom Events’ presentation of “Snowden Live,” an early screening of Oliver Stone’s new film followed by a live-via-satellite q&a with the director, stars Joseph Gordon-Levitt and Shailene Woodley, and subject Edward Snowden, skyped in from Moscow.

For me, the most revealing moment of the q&a was when director and subject recounted how they felt about each other when they first met. They complemented each other’s passion for their work, and Snowden said Stone’s mind is constantly working.

That constantly working mind may be to Stone’s detriment when it comes to structuring his films. The biggest problem with ‘Snowden’ is that it doesn’t know when to end. It’s a two-hour film stretched out to two hours and eighteen minutes because of a needlessly elongated finale which perhaps over-praises Snowden. Stone’s mind may sometimes work so hard that, in an artistic sense, it ends up doing too much of the hard work for us.

As it is, it’s still one of Stone’s better films, even if it is on the lower end of that spectrum. His dialogue sounds sharp and believable coming from the mouths of his great leads, and although he can’t resist his recent proclivity to montages, that never quite gets in the way of the story.

The film follows two periods in Snowden’s life almost simultaneously: his rise to his final position at the NSA and the moment when he and The Guardian collaborated to make his leaks public. Because of his efforts, people everywhere now know to what extent the U.S. government and its allies keep track of non-threatening targets.

Stone’s illustration of Snowden’s paranoia over security is effective, if a bit on-the-nose. The one scene involving his fear which really doesn’t work at all is a sex scene between Snowden (Gordon-Levitt) and Lindsay Mills (Woodley), his girlfriend.

He sits up in bed, distracted for a moment when he glimpses an uncovered webcam from the corner of his eye. He did, in fact, put band-aids and tape over his personal computers’ webcams the day he found out that the NSA could activate them remotely. But that’s just an awkward time for anyone to have that kind of realization, and honestly we didn’t need any sex scenes in this film because the chemistry between the leads is already quite good. The non-explicit romantic scenes are some of the best in the movie. 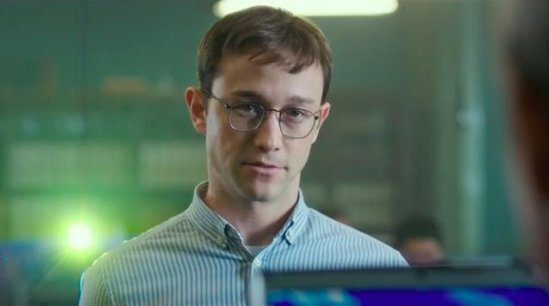 Mainly because the role allows him to explore not only Snowden’s mind but his heart as well, this is Joseph Gordon-Levitt’s finest performance to date. The voice he creates is accurate without feeling like caricature, and the general calm with which he observes his day-to-day life underscores the genuine shock he feels when he digs deeper into the NSA’s underbelly.

It’s actually fascinating to learn how Snowden arrived at a place emotionally and philosophically where he felt like he had no option but to leak what he did. That’s the pleasure of that main two hours: being able to better understand Snowden as a person and not just a talking point.

Stone can’t do much to further the larger conversation about privacy and national security because the next event in Snowden’s story hasn’t occurred yet. Everyone who cares is still waiting to see what will become of him. But as an educational and entertaining historical drama, ‘Snowden’ is quite effective. It’s a testament to what can happen when a fascinating subject is put in the hands of a capable director and a phenomenal actor.

‘Snowden’ is rated R for language and some sexuality/nudity.